I am a lawyer because God loves order 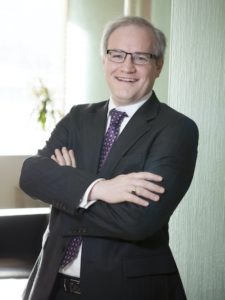 An important aspect of the creation in Genesis chapter 1 is the process of God bringing order out of chaos, and clarity out of flux. Light is separated from darkness (v4), the waters are separated between the sea and the sky (v7), land is separated from the sea (v9), and plants and animals are created in their different kinds (v12, v24).

Creation is good because it is ordered. In Genesis chapter 2, God delegates the task of ordering to human beings, giving to them the responsibility for naming each other living creature (v19-20).

A lot of the work lawyers do is about bringing about order. Transactional lawyers bring certainty to parties’ legal relationships. Lawyers involved in dispute resolution seek to restore order where it has broken down.

I suspect that many of you, like me, who have practised law for some time have become jaded. Often our first thought about the work we do is about the times when the ordering processes of the law have worked injustice, when the legal system has supported entrenched power dynamics and when formal documents do not reflect the reality of the relationship between parties. All these things are true, but they are not the whole truth about the work which we are called to do.

In my book, The End of Law, I emphasise law’s important role in shaping expectations. Where there are clear rules and, equally importantly, where those rules are widely known, then they help people to know how they are expected to behave and how they can expect others to behave. In the UK, the roads are made safer by a rule that says everyone must drive on the left.

In the absence of clear rules, opportunities for injustice and exploitation multiply. I’ve visited a number of countries which do not have formal structures for recording land ownership like the UK’s Land Registry or developed rules for agreements between landlords and tenants. The result is large numbers of people living precariously, either because they have no legal rights to the land on which they live or because they will not be able to prove that they own the land if it is coveted by someone more powerful.

The same is true where there are no clear rules regulating businesses. Business owners are constantly asked for bribes. Many are dissuaded from trying to scale up their businesses because of the uncertainty about whether they will be the victims of intimidation, extortion or confiscation.

Order without justice is not sustainable, but justice without order is not viable.

Those of us whose work is wholly or mainly about preparing formal documents which put things into order must be realistic about the limitations of our work in a fallen world, but we should not despise the importance of ordering. Putting things into order is a God-given task, given before the Fall, and one which we can do in a godly way. The challenge for each of us is to do this work faithfully and joyfully, whilst looking for every opportunity to make ordering processes align more closely with the demands of justice. 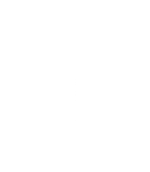